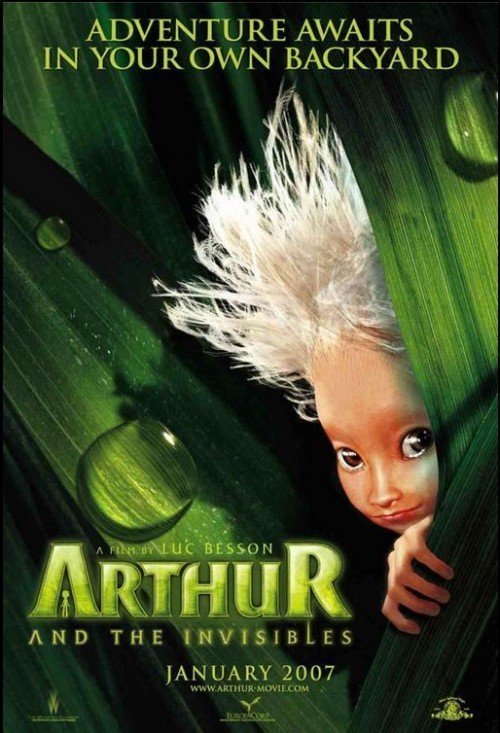 As with the recent “Charlotte’s Web”, I have waited with bated breath and excited anticipation for the release of Luc Besson’s latest directorial effort, ARTHUR AND THE INVISIBLES. A charming story helmed by the wunderkind responsible for the unparalleled imaginative insanity and techno-kaleidoscopic stunner “The Fifth Element”, I was certain that Besson’s imaginative visionary interpretations would effectively translate into live-action/computer animation project such as this one. Unfortunately, I was wrong. And now I want to know where the $80 million was spent because it certainly wasn’t on this film.

Arthur is loving lad whose greatest champion and greatest love in life is his grandmother. Wildy entertaining and a tad on the eccentric side, Grandmother has one of the most vividly enchanting imaginations around. She can tell a story that evokes such fascination and awe that it makes one belief these imagined far away places have to be real. And the fact that his world traveler grandfather who disappeared in presumably the deepest darkest corners of Africa, penned a beautifully illustrated journal of his travels, only fuels Arthur’s own imaginative fire.

Arthur, an avid student of his grandfather’s water-colored journals, realizes he has the ability to save his beloved home and Grandmother for, as Grandfather wrote, there lies a king’s ransom of rubies deep in the land of the Minimoys, an African tribe who grow to be no more than one inch high and who comprise a world of trolls and fairies and other little creatures living harmoniously with nature. Oh, and did I mention Minimoy just happens to be underground outside Arthur’s house? If Arthur can find the rubies, he can sell them and get the money for Grandmother to buy back their home.

Thanks to Grandfather’s meticulously detailed clues and quotes, and some help from spirited African tribesmen who can only appear on the night of a new moon, Arthur finds himself transported down into the Seven Kingdoms of the Minimoys. Passing through a metallic iris, Arthur is transformed into a teeny, tiny little kid with spiky colored hair and really cool shades (compliments of CGI technology) and begins his journey through Minimoy and quest for the rubies. Joining forces with Princess Selenia and her rotund little brother Betameche who looks much like a deformed troll, they battle the evil Lord Maltazard for the cache of rubies. But this is a give and take situation and in exchange for Selenia’s help in finding the rubies, Arthur ends up helping Selenia and the kingdom fight off evil insectoid invaders.

From racing Ferrari’s, dueling forces atop a spinning record player (yes, a record player that plays vinyl LP’s) Ferrari’s, and slip and slide down a river running through a straw, the adventures are as grandiose and splendiferous as the Minimoys are small.

Freddie Highmore, whose irrepressible carefree spirit invigorates “Charlie and the Chocolate Factory” and “Finding Neverland” is no different here. He is adorable. With boundless energy and imagination, he is captivatingly charming as the 10 year old Arthur. Mia Farrow, whose big screen presences is a rarity is delightful as Grandmother. She brings a gentility and serenity to the character that warms the heart. A film that starts as live-action and segues into CGI animation with a superb cast of actors providing voice-overs for the animated characters, quickly loses its luster at this point despite the stellar voicing cast. Madonna as Princess Selenia is virtually unrecognizable but is perhaps the strongest and most delightful of the voicing actors. Jimmy Fallon, on the other hand, is more of an annoyance as Betamache. David Bowie is joyous as Lord Maltazard and Robert DeNiro is, well, downright regal as The King.

Sadly, and perhaps due to the film being done in French with this version providing English voice-overs, the sync (voice to picture) is bad to the point of distraction, detracting from the actors and their voicing characterizations.

Based on a series of children’s books by Besson himself, it is easy to see where he gets his inspiration. With very identifiable bits and pieces of everything from “The Wizard of Oz” to “Star Wars” to King Arthur and even “The African Queen”, the end result is a fantastical, far-reaching hodge-podge that disappoints on many levels. Designed to attract the kid audience, even the youngest of children will ask questions about Arthur’s parents and where they are and why they only telephone him on his birthday once a year . Something never addressed in the film. And why does Arthur have a British accent and his telephonic parents American when Arthur lives in America. The story as a whole lacks cohesiveness and continuity and feels as if a cut and paste of many different stories or vignettes.

With CGI advancements and an extraordinary budget, my disappointment extends to the animation. Flat, predictable, unimaginative visuals with the Minimoys looking more like punked-out Vulcans than anything unique and original. The awkwardness of story itself infects what could have been technical mastery. A plus though – the visuals are colorfully eye-popping.

Rumor has it that Besson is going to retire as a director now that this film is in the can – both in English and French. Perhaps this is a good thing as to view ARTHUR in conjunction with Besson’s prior works like “The Fifth Element” and “Subway”, it looks as if the film was made by two entirely different people, with ARTHUR AND THE INVISIBLES getting the short end of the stick. 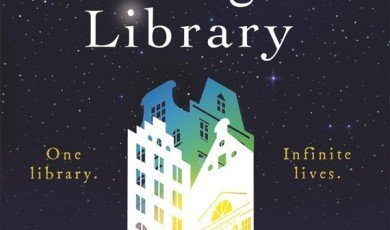